Birth of THE AGRA TREASURERS
by CHRIS ROBERTSON

Comments by Martin Arbagi are in square brackets and sans-serif type [like this].

†Don [Robertson] and I decided in the fall of 1992 that we wanted to meet more people in Dayton who shared our interest in Holmes, having been active in The Noble Bachelors and The Jefferson Hopes in St. Louis. On the advice of Philip Shreﬄer, we contacted Al and Jean Rodin and Gary and Mary Frost Pierson (Mary was then owner of MYSTERIES  FROM  THE YARD, a bookstore in nearby Yellow Springs) and asked them to our home to discuss formation of a new group. We met on an evening in October 1992 and founded the group at that time. Don suggested the name “THE AGRA TREASURERS,” as

he didn’t think it would be digniﬁed to be known as “Carbuncles” (an allusion to the “Gem City” nickname of Dayton). [In British English, a “carbuncle,” although it can mean, as in the Holmes case, a precious stone or gem, is usually a pimple or pus-ﬁlled boil. You can see why Don thought “The Dayton Carbuncles” an inappropriate name!] That was our ﬁrst meeting. Don served primarily as program leader. I might add that Don’s leadership was due, in part, to his having unwisely gotten up to put another log on the ﬁre, thus leaving himself vulnerable to election in absentia. I took charge of preparing and sending meeting announcements, making arrangements with restaurants, and providing

Marcy Mahle (one of our ﬁrst new members) items for inclusion in our “chronicle.” Marcy has, by the way, done an excellent job of maintaining that important scrapbook over the last twenty years [this was written ca. 2010] or so, and in my opinion, her dedicated and excellent work richly deserves mention. [Hear, hear!]

​Don and I next applied to  Tom Stix, then Wiggins [Chairman or President] of the BSI, for acceptance as a scion society. A copy of his acceptance letter dated Jan. 31, 1993 is attached. [See the reproduction on the right.]  We then set about to make our existence known in order to attract new members; Mary was particularly help-ful in this, as she made ﬂyers available in her bookshop.
Don and I co-led the group for about ﬁve or six years, until we had made our way through all the stories in the Canon for the ﬁrst time. Then Mary volunteered to take over for several years. She was succeeded by †Tom McElfresh, then by John Zamonski and †Cathy Gill (as co-leaders), and Marcy, before Lorraine [Reibert —

Lorraine and husband Gary were also early members of the TREASURERS]​ ​volunteered for the post. 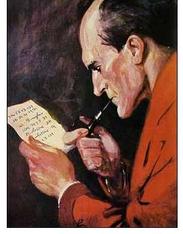 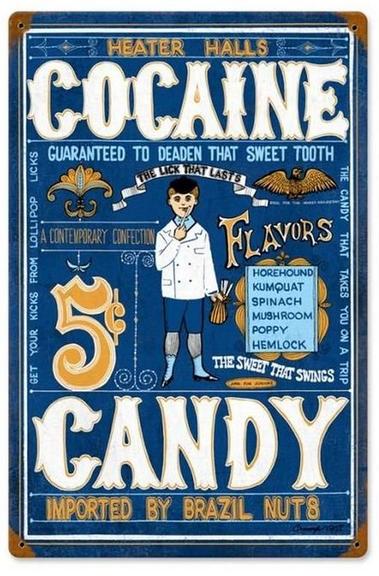 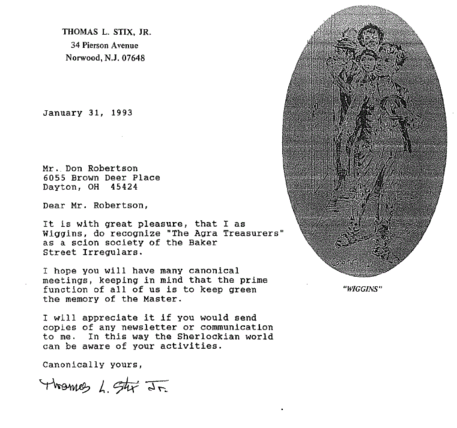 Crisis & Recovery: The Birth of

Meanwhile, the Holmes/Doyle Symposium continued. After Al Rodin’s retirement and death in March 1999, the event continued under the able leadership of Greg Sullivan, capably assisted by Cathy Gill. Contrary to widely held belief, the TREASURERS did not sponsor the Symposium. It was an independent entity, especially as ties to Wright State University were cut after Al’s retirement.
Greg moved to Boston. Cathy bowed out of running the Symposium for health reasons after the one in 2012. (She died in August 2017.) This precipitated a crisis. Who was to carry on the event? It was at this point that the TREASURERS rose to the occasion. Heretofore, the club had merely taken a benevolent interest in the Symposium, sponsoring the traditional Friday Evening Welcome Reception with sherry and hors d’œuvres. (Incidentally, the Reception was initially proposed by Cathy’s husband, †Stuart, and has become a ﬁxture at successor events.) After a hiatus in 2013, the former Holmes/Doyle Symposium, now rebranded on the advice of retired advertising executive Tom McElfresh ​as HOLMES, DOYLE, & FRIENDS, revived in 2014, making more intensive use of the Internet and the World-Wide Web for publicity and communications, and changing its location to a hotel more convenient to the Dayton airport north of town—a decision made easier by the fact that the previous host hotel, in one of the city’s southern suburbs, had gone out of business. Attendance has increased steadily, leading to 2019’s sellout. It is no secret that when the epidemic forced cancellation of the 2020 event, it was also within two spaces of being sold out. When HD&F resumed in 2022, attendance fell off, temporarily delaying an agonizing decision: the long-term trend in attendance is up. Consequently, we must either limit attendance to conform with fire safety regulations; or move the event to a hotel with larger conference facilities in the more populous southern suburbs, or in downtown Dayton itself. But downtown or south-suburban venues cost more and are further from the airport.​​

A History of Holmesian Activity in Dayton, Ohio

This page is best read on a desktop, laptop, or most tablets. If you must use a “smart” telephone, utilize landscape rather than portrait mode. The text is constantly being revised in the light of new historical evidence, to bring it up-to-date with current developments, and to improve layout.

The first time a person's name appears in the narrative, it will be in boldface type. A dagger symbol in black (†) or red (†) preceding someone’s name indicates that person is deceased. Please see the “Stand With Me” page for more information on persons marked with the red dagger.

†Edgar Smith, one of the original Baker Street Irregulars, was Vice-

President of General Motors. (Who are the Baker Street Irregulars, other-

Although the General Motors Corporation is usually linked to Detroit,

century. For example, Delco was for decades a wholly-owned subsidiary

supplying electrical components to GM automobiles and trucks. Delco stands for “The Dayton Engineering Laboratories Company,” and was founded in 1909 by †Charles Kettering, a Dayton native and inventor of the electric self-starter. GM bought Delco out for stock, and the Kettering family became among the largest individual stockholders in GM. Dayton was also the headquarters of the Frigidaire Company, yet another wholly-owned GM subsidiary that manufactured household appliances such as washing machines, dryers, and stoves, as well as its namesake refrigerators.

Consequently, although he was mainly involved in GM’s Overseas Operations division (he spoke ﬂuent French), Smith may have visited Dayton, and outside business hours, may well have discussed Holmesian aﬀairs with the locals. Veriﬁcation must await study of his papers, which were moved in late 2018 from Harvard University to the Lilly Library at Indiana University (Bloomington).

The ﬁrst known Holmesian club in the Dayton area was S.H.E.R.L.O.C.K., the Sherlock Holmes Enthusiastic Readers’ League on Criminal Knowledge, founded at Wright State University (hereafter, WSU) in 1973 by Professor Martin Arbagi (now retired from WSU), and James Newton, an undergraduate who later went on to become Professor of Economics at Capitol University and The Ohio State University, both in Columbus. John Zamonski (at WSU’s English Department at the time, but now retired from nearby Central State University), †​Carl Becker and †James Hughes of WSU’s History and English Departments, respectively, †Robert Gardier, a Professor of (you guessed it!) Toxicology at WSU’s then newly-established Medical School, and †Ritchie Thomas, newly-appointed University Librarian, joined, as did two other undergraduates: Rebecca Ann Harold (now a lawyer practicing in Nevada), ​and David Cisler (now a semi-retired social worker who has built a personal Web site: THE DIOGENES CLUB, which has links to his publications).​​

By early 1977, we’d decided that S.H.E.R.L.O.C.K. was uncanonical. There were several suggestions for a new, more canonical name, including “The Indicative Eggspoons” (by Ritchie Thomas—recall Watson’s pointing with his eggspoon at a magazine he was reading over breakfast in chapter 2 of STUD) and “The Darlington Substitutes,” after the Darlington Substitution Scandal, an unpublished case mentioned in SCAN. After a hotly-contested election, The Darlington Substitutes was selected by a narrow vote.

The Substitutes had one big, though perfectly understandable, disadvantage. By WSU regulation, membership in all University clubs is restricted to students, faculty, staff, and alumnæ or alumni. Although by this time, the University of Dayton, the local Catholic institution, had also developed its own club, THE RETIRED COLOURMEN, it too was under similar restrictions. Thus, there was no Holmesian club available for the general public in the Dayton Metropolitan Area.

Enter †Alvin Rodin, M.D. Like Bob Gardier, Al was on the faculty of our ﬂedgling Medical School—but Al stayed on. (Bob commuted from Columbus, but the 70+ mile daily drive each way in all sorts of weather conditions eventually got on his nerves, and he accepted an appointment elsewhere.) Al’s primary interest was in Sir Arthur Conan Doyle, not Sherlock Holmes, and stemmed from a more general fascination with doctors* who were also writers (e.g., Anton Chekhov, Michael Crichton, Somerset Maugham, Walker Percy, and, of course, John H. Watson, M.D.).

*  Following standard American English usage, the title “Doctor” is used on this Web site only of those holding medical degrees, not for Ph.D.’s, Ed.D.’s, D.D's, etc.

Birth of the Holmes/Doyle Symposium

It was Al’s idea to hold the very ﬁrst Doyle/Holmes Symposium, “Homing in on Holmes,” in November 1981. Sponsored jointly by Wright State and nearby Central State Universities and open to the public, the Symposium brought us to the attention of the community at large, and paved the way for a Dayton-area club that anyone could join. That club was (and remains) THE AGRA TREASURERS. A ﬁrst person account of the TREASURERS’ foundation follows. ​(Please scroll down.)​​​
​
View on Mobile