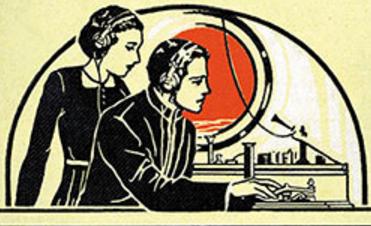 “I Hear of Sherlock” is a bi-weekly podcast on Holmesian  topics. We say, mistakenly, that radio or TV broadcasts go out over the air. The late Victorians, equally mistakenly, said a wireless transmission goes out via the ether. A podcast is distributed on the Internet. You can receive it using a variety of wired or wireless digital devices, so long as they have loudspeakers or earphones.​

Our Chancellor of the

​​All easily visible wire addresses on this site have been disabled by substituting “(at)” for the @ symbol. To wire us, you must type our addresses by hand.

https://www.Sherlockian.net/ This the central Web site for Holmesians or, as Americans and Canadians prefer to call themselves, “Sherlockians.” It contains a truly enormous number of resources, including links to the texts of the original cases. (Click or tap on the Investigating tab. These vary in typographical quality.) Other topics under the Investigating tab include “The World of Holmes and Watson,” “The Victorian Era in England,” and “Sir Arthur Conan Doyle.” Sir Arthur Conan Doyle, M.D. was a late Victorian and Edwardian author who is now remembered mainly as Dr. John Watson’s Literary Agent. No doubt Watson went to Doyle because Doyle was a fellow doctor and already a moderately successful author when Watson began publishing. Though immensely popular in his own day (he died a multimillionaire in terms of twenty-ﬁrst century money), Doyle is now largely forgotten except for his short science-ﬁction novel, The Lost World, which has been made into a movie on a number of occasions. For teachers and students, Sherlockian.net also has sections on “Teaching Sherlock Holmes,” “Courses and Lesson Plans,” and “Writing a Term Paper.” (Click on the Teaching tab.) In the Celebrating tab, you’ll ﬁnd lists of Sherlockian societies (outside the U.S. and Canada, they’re Holmesian societies) and a reasonably up-to-date “Sherlockian Calendar” of events. The Adapting tab has such topics as “Illustrating Sherlock Holmes” (a collection of classics by Sidney Paget,  Frederick Dorr Steele, and more recent artists), and “Writings About the Writings.” (Please scroll down. ↓ )​

This is the very ﬁrst podcast back in June 2007, and the hosts explain everything lucidly in non-technical terms.

Since the site: "Sherlock-Holmes.com" is now apparently defunct, the link was removed at the end of 2020.

www.BeaconSociety.com/The Beacon Society is a scion* society of The Baker Street Irregulars, (known as the BSI) an organization of American Sherlock Holmes enthusiasts founded in 1934. (Scroll further down this page to learn more about the BSI.) The Beacon Society serves as a link to other scion societies, providing teachers with local resources to bring the magic of Sherlock Holmes to life in the classroom. The Society has distributed thousands of dollars through its Jan Stauber Grants program. Donations are tax-deductible. The Beacon Society is a national group, but recently added a feature of local interest: the JOEL SENTER Essay Contest, in honor of the late Professor Senter (see the “Stand With Me” page). For more information, click ​here.

http://www.BatteredBox.com/ All Holmesians know of Dr. Watson’s “battered tin despatch [British spelling] box,” containing records of so many unpublished Holmes cases. This site, bringing Watson’s literal object into the twenty-ﬁrst century by transforming it into a virtual Web site, is truly an “Amazon” bookstore for Holmesians. It contains literally hundreds of pastiches, triﬂing monographs, out-of-print rarities, etc., relating to Sherlock Holmes. It also has sections on such authors as August Derleth, Michael Harrison, and Vincent Starrett—renowned Holmesians all. (Derleth was also an expert on Howard Phillips Lovecraft.) My favorite section (other than that devoted to Holmes) is the one on Stephen Leacock, a famous Canadian humorist, now, like Arthur Conan Doyle, largely—but unfairly—forgotten.

http://www.Scintillation.org/ “A Scintillation of Scions” is a major Holmes conference held annually in Baltimore. The date for the 2022 event will be Saturday, August 20.

https://BakerStreetIrregulars.com/​ The Baker Street Irregulars, usually abbreviated as BSI, is one of the †oldest Sherlockian societies in the United States, and counts such notables as Christopher Morley (author of the best-seller, Kitty Foyle, later made into a motion picture starring Ginger Rogers) and Edgar Smith (see the “About Us” page) among its founders. Other eminent members have included President Franklin Delano Roosevelt (who never attended BSI’s annual meetings for security reasons); Isaac Asimov, the science-ﬁction writer; Elmer Davis, the famous WWII news correspondent; and Rex Stout, creator of the great ﬁctional detective, Nero Wolfe. The Irregulars meet every January in New York City for a weekend of celebration. It is (or should be) the ambition of every Holmesian club in the ’States to be recognized as a BSI scion society.* See the “About Us” tab for a reproduction of THE AGRA TREASURERS’ letter of recognition as a scion. Click on the link at the beginning of this paragraph to go to BSI’s Web site. Earlier versions of this page warned: “ … you may ﬁnd [the BSI site] cryptic.” A redesign in 2018 made it much more intelligible.
*  SCION: descendant, child; especially:  a descendant of a wealthy, aristocratic, or influential family [or organization!]​
​​†  THE FIVE ORANGE PIPS, in suburban Westchester County (NY), is a bit older. In the interest of full disclosure, it should be noted that the Author of this page, although a resident of Dayton, Ohio for over ﬁfty years, is a native of White Plains, NY, the county seat of Westchester.
​
​
View on Mobile